It would be hard to go anywhere without seeing at least one person glued to their cell phone today. Nearly every person on the planet owns some type of cell phone, and according to the Morningside Rehabilitation Rehabilitation Center, there are an estimated six billion cell phone subscriptions worldwide.

Most people no longer just use cell phones for texting and calling; phones are constantly ringing with notifications from emails, Facebook, Twitter, Instagram and other social media platforms.

Also, with the advent of gaming apps, parents often give their children a cell phone in public places to keep them entertained and prevent misbehavior. Of course, cell phones can help us keep in touch with each other.

However, they also have a dark side that we should all know about. Cell phones emit radiation as they are radio frequency transmitters . Although they operate at low frequencies, excessive exposure to mobile phones can cause long-term health problems. Some predict that overuse can seriously inhibit your quality of life.

This is what happens to your body when you look at your cell phone too much:

• It negatively affects emotions and can lead to antisocial behavior

According to a study conducted at the University of Essex in the UK, participants felt negative feelings towards the person they were chatting with when a cell phone was in sight. The researchers asked 34 different pairs of strangers to discuss both minor topics and major personal events that occurred in their lives.

Half of the participants had a mobile device present, while the others had a notebook on the table. The results showed that people who talked about serious life events with a notebook in sight felt confident and close to the stranger, unlike those who had a cell phone present.

This directly proves that cell phones can interfere with relationships, especially if people are having a heart-to-heart conversation. Not to mention, excessive cell phone use can promote antisocial behavior and cause people to lose valuable social skills.

• Raises stress levels in the body

The incessant ringing and ringing of cell phones and our urges to check these notifications can cause damaging levels of stress within the body.

A study conducted at the University of Gothenburg in Sweden found that women who used their phones excessively were prone to sleep disturbances and stress, while heavy mobile phone use in men was linked to depression and sleep disruptions.

Constantly checking our phones has taken us out of the present moment and made us anxious about the future with thoughts of who will call or text us next, or if our boss might send us an important email soon. We have become slaves to our phones.

But one way to reverse this behavior is to have set times each day to check your cell phone. Stay on schedule and you’ll soon see that your stress is more manageable. In addition, you will have much more free time to do other things that you like.

Did you know that cell phones can contain more germs and bacteria than those found on a toilet seat? According to a study conducted at the London School of Hygiene & Tropical Medicine and Queen Mary, University of London, scientists took samples from 390 different cell phones and hands to measure bacteria levels.

They found that 92 percent of phones had bacteria, as did 82 percent of clean hands. 16 percent of cell phones and hands had E. Coli. However, you can decrease the number of bacteria on your cell phone simply by using it less. In addition to that, wash your hands more often.

• Increases the risk of chronic pain

According to studies by researchers in Sweden, excessive texting in particular can cause long-term neck, back, and hand pain. Doing something repetitively can irritate the body’s tissues and thus cause inflammation, which in turn leads to pain.

Sending text messages usually requires thumbs. Therefore, inflammation of the basal joint at the base of the thumb can lead to arthritis due to wear and tear on the joints. Back and neck pain is a result of texting in a stooped position, which leads to poor posture.

Many people have their phones at a 60 degree angle. But this position equates to about 60 pounds of pressure on your neck and spine. To correct this, try holding your cell phone directly in front of you. Also, you should make sure to stretch your neck and back muscles frequently.

• It increases your chances of experiencing vision problems

While this may not be all that surprising, it is quite shocking that many people know about the correlation between vision problems and excessive phone and computer use, yet do little or nothing about it.

According to The Vision Council, more than 70 percent of Americans are unaware or deny that they may experience vision problems when looking at screens for long periods of time.

Be sure to take frequent breaks from your cell phone and try not to squint or strain your eyes when reading messages. 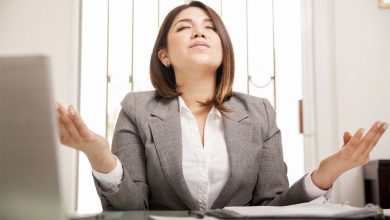 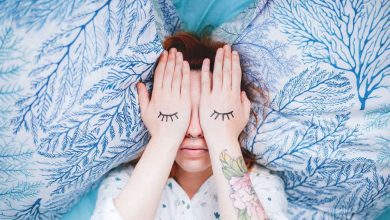 This Simple 3 Ingredient Recipe Helps You Fall Asleep In MINUTES 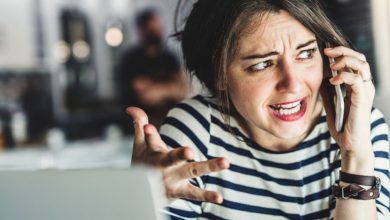 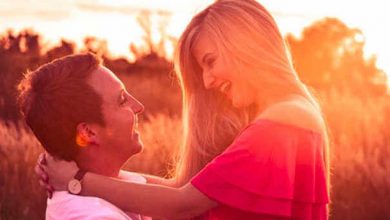 Neuroscientists Explain How Gratitude Rewires the Brain to Lower Anxiety 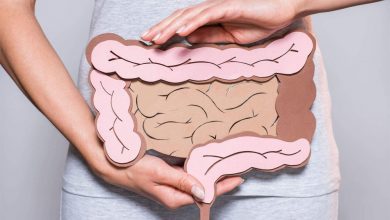 These Two Ingredients Can Heal Your Colon 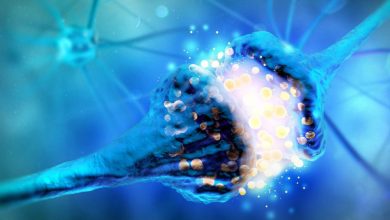