It’s a well-known fact that whether you’re married or single, maintaining a long-term romantic relationship takes a lot of work. Love takes effort.

It will not always be full of passion and attraction. But what about loving someone with low self-esteem?

It is difficult to understand if your man has low self-esteem. He can be incredibly handsome and successful, but within a few weeks or months, you can detect relevant character flaws in him.

Don’t worry; this article will help shed some light on the matter. Just take a long, deep breath, exhale, and keep reading.

What is low self-esteem in a man?

What is self-esteem? It’s basically how a person assesses their worth. So, low self-esteem means that your man thinks he is less worthy.

He, his potential, characteristics, etc., may feel ashamed about. He can look down on himself. Maybe he lacks self-confidence. Men with low self-esteem do not like themselves.

As for men with low self-esteem are capable of loving someone else but unable to love themselves. Low self-esteem manifests itself as a primary or fundamentally damaged feeling in men.

You need to understand that your man may not admit it directly, but deep down, he may wish he was someone else.

The concept of self-love is somehow alien to such men. After knowing all this, you can feel angry and sympathetic towards your man.

Great, it does. Your head may be full of questions like how to help someone with low self-esteem.

To help your man, you first need to know why you might be. What to expect?

Tips for dating a man with low self-esteem

1. Be clear about your role

Dating a guy with low self-esteem is one thing. Being his therapist is something else entirely: and it’s not a relationship, or at least it shouldn’t be.

You are not here to repair such a guy as a broken car or computer.

His problems are ultimately his own.

Be clear about your role: you are his partner, not someone who has to shoulder the responsibility for his well-being.

Often, trying to fix someone turns into a dangerous cycle of codependency that drags you both into an uncomfortable and inevitable process.

Supporting a struggling partner is a healthy part of any relationship. The problem is that it takes parental support and almost parental care.

Often, romantic relationships reflect the extremes and lovelessness of our family situation. It’s straightforward to try to support a guy you’re dating but cross the line into almost “mothering.”

Without getting too Freudian, that’s the last thing you want. In any romantic relationship, obviously.

You’ve heard of helicopter parenting. The only thing terrible in intimate relationships is a helicopter boyfriend or girlfriend.

3. You speak your mind

You don’t owe anyone sympathy or playing lovely, not even your boyfriend. Often when we love someone or have feelings for them, we walk on eggshells.

We fear offending them or saying the “wrong word.”

Fair enough, to an extent. But the thing is, the less you reveal how you feel, the deeper and even partially false relationships will be.

It will make you very unhappy.

Often, low self-esteem is related to past ostracism, humiliation, and mistreatment of a family or social nature.

This can lead to a victim mentality, which only feeds into a downward spiral.

The truth is that we are indeed victims many times. But if we focus on that, we end up writing a post that we have the worst role and are born to lose.

The guy you’re dating isn’t harmful and has a lot of potentials, even if he probably hasn’t seen it yet.

If possible, talk to him openly and try to help him change his vision.

This isn’t about making him chant self-help mantras or watch more Tony Robbins on YouTube (although that certainly wouldn’t hurt!). It’s about showing him a new way of looking at things.

Helping your boyfriend change to this new point of view (POV) doesn’t mean making him more “positive” per se.

Feelings come and go, and they won’t save your relationship.

Instead of changing his feelings and thoughts, focus on changing what he does.

If he has low self-esteem because of his appearance or body type, encourage him to go to the gym or take classes.

If it feels bland or “mainstream,” encourage him to explore a unique interest he has and point out that it’s not dull.

These are kind of like signs. It is up to him to take them and find the man inside. But you can steer it in the right direction.

“Storm clouds are raging all around my door
I think to myself I might not take it anymore
It takes a woman like your kind
To find the man in me….”

What if I told you that every guy has a secret door?

Behind this door stands a boy who always wants to be a hero for a woman, to be his boyfriend.

Behind this door is the hope and assurance of being the only one for a remarkable woman.

Maybe I’m just a romantic at heart, but the truth is that every human has the desire to be a protector and provider written into their nature, deep into their DNA.

It’s not about chapels; saving you from a burning building (though you never know!) is more about doing manly and competent things that help him feel needed, which drives his deep commitment.

In my case, a boy with low self-esteem often grew up without a father. This is how he searches for his “inside.”

Now no one can give or create for him: only he.

But you can show him that you see and love the inner person by sending specific verses and treating him in particular ways.

I strongly recommend looking into this concept of heroic instinct and seeing how it can help you unlock its hidden door.

Men with low self-esteem have a nasty habit of self-sabotage.

He may believe he doesn’t deserve you for various reasons, including childhood trauma or difficulty finding his identity and place in society.

This is very difficult to change because what we believe deep down is much higher than the conscious level.

It’s deep in the bones and often ingrained in really unconscious ways.

The best way to stop self-sabotage is to make an obvious but very decisive point:

You wouldn’t be with him if he weren’t “good enough” for you.

Regardless of how he sees himself, it’s clear that you have feelings for him. So now you turn the tables and point out that if he thinks he doesn’t deserve you, he’s questioning your judgment.

He deserves (every, any) thanks! He’s the guy you’re dating.

One of the top tips for dating a guy with low self-esteem is to encourage proactive activities.

What is considered proactive?

Anything that expands his range of experience and talent.

It should be encouraged, whether cooking, ziplining, learning to fix cars, hanging out with friends, watching sports, or similar masculine pursuits.

These group-owned and approved aspects will do him a lot of good and help him increase his confidence in the relationship.

The story of the victim is like a drug. The more you drink, the more addictive it becomes.

He might be a fan if you’re dating a guy with low self-esteem. He can fully see himself in the role of victim.

Maybe everything is accurate.

But the more he wants, the worse he gets!

That’s why you should interrupt the victim’s story by pointing out that while you sympathize, you think he’s a practical guy and shouldn’t just focus on inferiority.

As a newgrass band, the Avett Brothers perform the song on their 2016 “Avengers of Life” song:

10. Call him out on childish behavior

The truth about victim mentality is that it is often very childish. Self-esteem is often underestimated when you act like a baby.

It’s not that he’s weak or “bad.” It’s just that low self-esteem is often self-reinforcing.

I’ve suggested some ways to help break the story, but sometimes you need to call him out on his childish behavior.

He’s not the only one struggling.

Be sure to emphasize that you have his back and believe in his ability to become more confident and empowered.

11. Help him get over his head

Often, self-esteem is strengthened by the influence of a negative inner voice.

I have had it in the past and know how it goes:

It repeats the same script by telling you that you are not good enough, that you are cursed, or that you are far “different” from others (in a negative sense).

This inner monologue is probably ringing in your ears if you’re dating a guy with low self-esteem.

Help you get over it:

Tell him about an interest or fantasy you’ve never discussed before.

Help him get out of this stupid monologue that has trapped him. It’s not worth his time, but sometimes the best way to help him realize that is to change his focus.

Much of this is about what I mentioned above as a boost to his heroic instinct.

You can learn exactly what to do by watching this simple and real video by James Bauer.

It offers many tips on how to help him tap into his more profound confidence and see you as his one and only, despite some doubts about his worth.

12. Show him that you are for real

He holds his breath when dating a guy with low self-esteem, waiting for you to pull the plug. Maybe he was dumped many times before. And yet, because he was afraid of him, you may suppose.

He believes he is not good enough. Here you show him that you are real.

Be patient. Don’t code it or be disrespectful. Show him that you care and are patient with some of his insecurities, just as he is patient with you.

Helping him find his voice

Writers often talk about how they “find their voice” at certain times and struggle with it.

Finding the voice is almost a shamanic or mystical process. It is often associated with suffering, confusion, and self-doubt.

A man who has found his voice and is trying to speak his truth to the world without fear or shame.

In this article, I highlighted one crucial thing:

Supporting a guy you’re dating and being his therapist are entirely different.

Your goal is to help him find his voice and realize his potential. But you can’t force him to “fix” or find his inner strength.

This is from him.

The fact is that he must finally find his voice and embrace his inner masculinity.

As James Bauer explains in this free video, the best thing is to know how to activate his hero instinct.

I’ve recommended this video before because the heroic instinct is a concept that opens up so many closed doors, especially in an insecure person.

I believe that situations powerfully shape who we are as we find ourselves.

Your job is to know the right actions and words to bring out his inner hero and make her realize that he is worth much more than he previously thought.

When dating men with low self-esteem, remember that it’s none of your business. It’s on them.

Loving such a person can be difficult, but you can navigate through active listening and empathy, accepting their defensive nature and healthy coping mechanisms, and encouraging them. 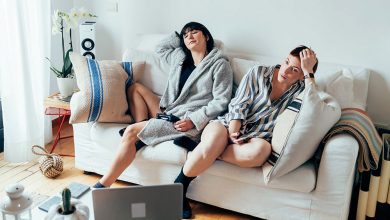 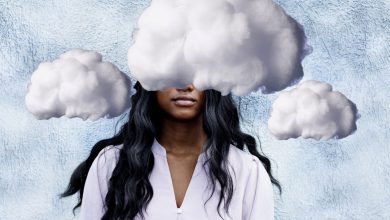 What Is Brain Fog and How Can You Prevent It? 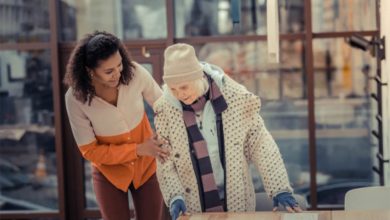 12 Things Kind People Never Do (So You Shouldn’t Both!) 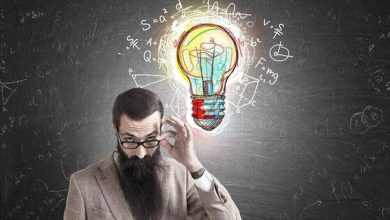 10 Habits That Separate Intelligent People From Everyone Else 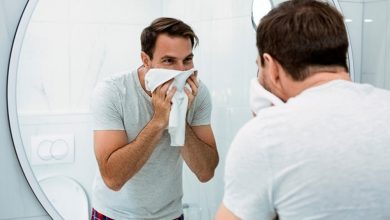 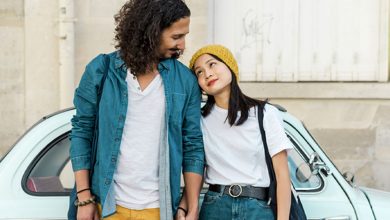 When You Feel A Connection With Somebody, Do They Feel It Too?